Get your
domain name 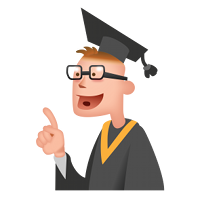 London is the capital and largest city of both England and the United Kingdom.

In the Greater London now live about 7.5 million people which makes it the city with the largest population of the European Union.

The city is, except the capital and the largest city of the United Kingdom, also the political, economic and cultural center of the country.
In Europe and the world she plays an important role in various fields: London is considered as one of the four traditional alpha world city, along with Paris, Tokyo and New York.

London has four places on the World Heritage site by UNESCO: the Tower of London, the historic settlement of Greenwich, Kew Gardens, and a joint bid comprising the Palace of Westminster, Westminster Abbey and Saint Margaret's Church.

If you live or work in London? Can people book a city trip to London with you? Then please do not wait and register now your .london.

You can contact us using the form below
All prices are excl. VAT and on a yearly basis (unless stated otherwise)! Click here to see the prices incl. VAT.
The amounts in USD are purely informative. The exchange rate date is 21/01/2022.
bNamed uses cookies
read more